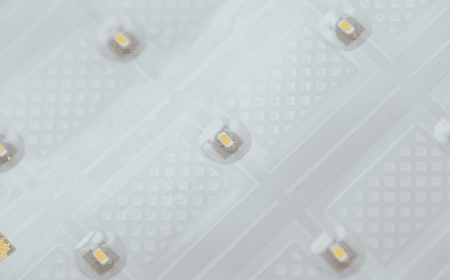 People encounter thin-film technology daily, especially within the packaging industry. Packaging films include stretch films that cover perishable foods; however, the technology is expanding to provide more than a simple cover.

The overview below outlines the basics of thin films and how their ever-advancing technology affects the packaging industry.

What Are Thin Films?

Inorganic thin films go back 5,000 years when ancient Egyptians created chemo-mechanically applied gold layers to adorn religious artefacts and statues.[1] The study of thin-film technology influences chemistry and solid-state physic research directly and indirectly due to the uniqueness of a film’s structure, geometry, and thinness.[2]

Since the advancement of modern technology, thin films have become vital aspects of various applications, including packaging, space science, and electronics.

How Thin Films Are Made

Thin-film creation involves two primary processes: physical vapour deposition (PVD) and chemical vapour deposition (CVD). During the CVD process, an inert carrier gas dilutes the compounds of a gaseous phase and reacts to a substrate surface to apply a film. CVD is useful for using low temperatures to deposit compounds and elements onto materials.[3]

PVD uses low atmospheric pressure to apply vaporizing materials on a substrate. These films are incredibly durable and offer excellent corrosion resistance, even at extreme temperatures. Standard methods of thin-film depositions include:

The excessive consumption of traditional plastics and their adverse environmental effects drive the innovation that contributes to thin-film technology and sustainable packaging films. The type of packaging film with which people are most familiar is shrink wrap on produce and meats. However, the technology extends far beyond food packaging.

Conventional rigid packaging is losing favour to flexible thin packaging films. These advanced thin films consist of durable yet lightweight polymers with exceptional durability despite their thinness. The cost-effective material is transparent and a reliable barrier to corrosion, moisture, oxygen, and microbials.

These packaging films are environmentally friendly alternatives to petroleum-based film packaging. The latter material is one of the leading plastic pollution contributors. Compostable film packaging consists of biologically derived molecules from renewable materials, like algae.

Compostable thin films include integrative capabilities for smart applications. For example, it may alter colours due to tampering or exposure to unwanted materials.

New technology from Jurata Thin Film allows for the packaging, storing, and shipping of biologics and vaccines at room temperature. They can protect up to 500 vaccine doses with one 5-g 8.5″ x 11″ film.

The thin film eliminates the need for specialized storage containers and refrigeration equipment to maintain temperatures around -80° C. The film’s stability remains consistent even at extreme temperatures.

Nanocoatings are one of the most recent advances in thin-film technology for packaging. The applications involve coating surfaces with nanocomposite materials to improve their mechanical properties. The result of the application includes functional effects, like low thermal conductivity, oxidation resistance, durability, hardness, and wear resistance.

The continuing advancement of thin-film technology will impact many markets over the long term, including the packaging industry. With various deposition methods, flexible coatings on substrates will lead to increased performance based on industry demands.

After over 20 years in the thin-film technology industry, Korvus Technology continues to be a trusted leader with the HEX Series of thin-film deposition systems for research, training, electrical contacts, and sputter deposition applications. If you want to learn more about thin packaging films, be sure to browse the Korvus Technology blog.